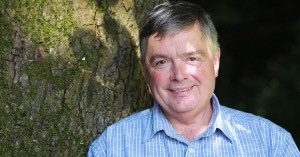 I was originally recommended to Dr Peter Young’s practice in Northwich by my dentist Andy McRea at McTooth in Sandiway, Cheshire.
The problem with my tooth started when I was a student – I had fallen over the handlebars on my bike and damaged my front tooth. I had always had a fear of dentists from a young age so when I first came to visit Dr Young and he explained the course of required treatment that I needed, what was entailed in an implant, and that it would take quite some time to complete I admit that I chickened out and decided to delay my treatment.
Dr Young didn’t put me under any pressure to have an implant at any point, but he did warn me that the problem would probably get worse, which it duly did and so I came back having decided to go ahead with treatment. I did a lot of research on google about Dr Young and his extensive experience and about the treatment itself so I felt that I had made a considered choice and I wasn’t disappointed.
Due to the long standing injury and the gradual deterioration of the tooth’s root and gum Dr Young explained that the procedure would need to be done in stages to ensure a long lasting and viable implant. He took his time – treatment was spread across 12 monthmonth gaps, and at each appointment Peter recapped on where the treatment was up to and what he was going to dothat day. That was really helpful as I felt very involved in the treatment and as a result less nervous about the procedure itself. That, and the fact that Peter and his team were always calm and professional at all the appointments put me at my ease.
Having the implant has made a huge difference to me – I am much happier now with my smile and I can chew on an apple once more – something I had missed being able to do for such a long time. I wouldn’t say it feels like a completely natural tooth – I can tell it is an implant but it feels strong and very much part of me!
I wouldn’t hesitate to recommend Peter to friends – and in fact I have done already. Peter was also extremely helpful when my daughter had a bad hockey accident and damaged a tooth, and I am sure as a result saved it by speedily putting us in touch with a very good Endodontist that he knew well.